The Great Hall of the Filmpalast Capitol will once again be transformed into a concert hall on 4 May. This year, the popular German actor Gustav Peter Wöhler will be performing as part of the festival accompanied by his four-person band in accordance with the motto “Shake a Little”.

The title is to be seen as an invitation: Gustav Peter Wöhler and his musicians want their audience to shake off the constraints of daily life and to have a good time! After a long break and forays into other projects, the quartet gets back together, dedicating themselves to their proclivity for purified cover versions of classic rock and pop songs and to bring an individual collection of songs to the stage. One-hit wonders are performed as well as inside tips, evergreens and songs you had forgotten about. 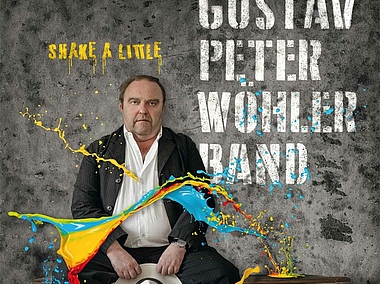