A group of filmmakers launched FILMKUNSTFEST MECKLENBURG-VORPOMMERN (the original title was: Filmfest Schwerin) in the spring of 1990, establishing it as the first new film festival on East German territory after the fall of the Berlin Wall. It is held annually during the first week of May in the state capital of Schwerin in Filmpalast Capitol, which boasts six screens, including historic Auditorium 1, one of the most beautiful cinema auditoriums in Germany.

Drawing around 19,000 visitors annually – including 200 accredited film industry professionals such as filmmakers, actors, producers and journalists – with roughly 150 feature films, documentaries and shorts, FILMKUNSTFEST MV is one of the biggest audience orientated festivals in eastern Germany.

FILMKUNSTFEST MV organises four competitions, one respectively for feature films, documentaries, films for children and young audiences and short films. Films produced or co-produced in Germany, Austria and Switzerland are eligible for the competitions. Films that are not available in a German version must have German subtitles.

Professional juries of film experts and a jury of young people confer the awards. The festival's cinematic programme also features a guest of honour tribute, current films from a guest country, the Focus Baltic Sea section with productions from the Baltic Sea region, a section on DEFA film history and the series "Gedreht in MV" (Shot in Mecklenburg-West Pomerania). Concerts, readings and exhibitions round out the festival programme.

Schwerin is the capital of the German state Mecklenburg-West Pomerania. It has a population of roughly 100,000 and is located in one of Germany's most beautiful and sparsely populated regions. A plethora of historic buildings and cultural monuments, such as Schwerin's picturesque island castle with its magnificent gardens, the city's seven lakes as well as its GDR history, make Schwerin a place of impressive architectural beauty and natural landscapes. What's more, the Baltic Sea is just a short distance away, as the gull flies. 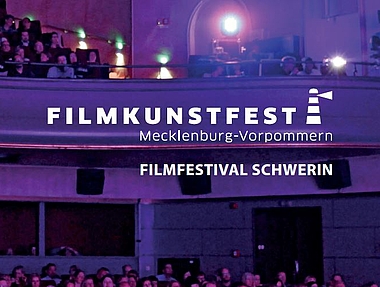