General information about the Georgian programme

Georgia has a rich film tradition, with the Grusia-Film-Studios in the capital Tbilisi having a considerable share during the USSR era. In recent years, Georgian feature films are gaining international recognition in the film festival circuit again.

Our selection focuses on current long feature films and short films. Additionally, however, we wish to convey at least a brief insight into Georgian film history. This is represented by two Soviet silent film masterpieces: the avantgarde satire CHEMI BEBIA by Kote Mikaberidze (accompanied live on grand piano by Dudana Mazmanishvili), banned in the year of its première 1929, and the expressive portrait of a people living an isolated life in the Caucasus mountains in DZIM SVANTE by Michail Kalatasow from 1930. PIROSMANI by Giorgi Schengelaia about the legendary Georgian painter Nikola Pirosmani from 1969 is also a cinematic pleasure to (re)discover.

When it comes to the choice of current productions, the inclusion of one of the most significant directors in contemporary global cinema from Georgia, Otar Iosseliani (born in 1934), is a must. We are showing his latest film, WINTER SONG, shot in Paris. It is a marvellously poetic, later work with a youthful freshness in the greatest sense of the word. The eminent Georgian directors George Ovashvili and Zaza Urushadze are represented with their latest productions. It was important to us to present current films by female directors. The excellent works by Rusudan Glurjidze (THE HOUSE OF OTHERS), the debut film-maker Mariam Khatchvani (DEDE), Ana Urushadze (SCARY MOTHER was the Georgian candidate for the Best foreign language film, Academy Awards 2018) and the director couple Nana Ekvtimishvili and Simon Gross (MY HAPPY FAMILY) are all representative of this.

Two DEFA productions from 1973 and 1987 shot in Georgia are a rediscovery: the black-and-white documentary ICH KOMME AUS DEM TAL (I COME FROM THE VALLEY) by Hans Eberhard Leupold and the full-length documentary IN GEORGIA by Jürgen Böttcher. We are delighted to be welcoming the two directors and the cameraman Thomas Plenert. A reading by Nino Haratischwili and a photo exhibition by Wolfgang Korall as well as an appearance by the “Young Georgian Lolitaz” during the opening of the festival complete our guest country programme.

Only a few Georgian films are regularly exhibited in German cinemas. It is with this in mind that, as part of our industry conference, we are taking the opportunity to discuss along with experts the chances and risks of German-Georgian co-productions using the current movie VOR DEM FRÜHLING.

We have been supported particularly by Zviad Eliziani, artistic director of the Batumi International Arthouse Film Festival, in putting together the extensive programme of short films. We are delighted that he will also be attending as a guest. We would also like to thank the Georgian Embassy in Berlin for its support as well as the Georgian National Film Center in Tbilisi, Hugendubel book shop, the MV Foto e.V. in Schwerin as well as the Konrad-Adenauer-Stiftung Mecklenburg-Vorpommern.

Priest Giorgi, a former film director, is sent to serve the small parish in the mountain village. To bring villagers closer to church he starts showing films there. Shortly after the screening of the first picture - SOME LIKE IT HOT - he meets Lili who looks exactly like Marilyn Monroe. Father Giorgi's balance between cleric and secular world starts to quiver - temptation is difficult to resist.

In 1990/1991 Georgia is immersed in a civil war with the newly emerging state of Abkhazia. Two families who managed to escape find themselves on the winning side because they can assign houses previously occupied by ‘the enemy’. The new inhabitants – in this case mostly women – are not only confronted with old demons which have come back to torment them. Based on the director’s own harrowing experiences.

1992. Young Dina lives in a remote mountain village in Svantien where life is strictly governed by centuries of tradition. Dina’s grandfather has promised her to David, who is returning from the war. But with him comes a comrade-in-arms, the handsome Gegi, and Dina falls in love. Is it possible to defy the firmly established order? Acclaimed debut by Georgian director Mariam Khatchvani.

A 50-year-old housewife, Manana, struggles with her dilemma - she has to choose between her family life and her passion, writing, which she had repressed for years – she decides to follow her passion and plunges herself into writing, sacrificing to it mentally and physically.

Manana tears open the windows of her new flat and won’t be closing them again. The 52-year-old has left her family, without justifying her actions, without any arguments. When she’s asked why, she doesn’t say anything and thus turns the question around. It’s more family structures themselves from which Manana wishes to extricate herself.

The director accompanies the first democratically elected president of the newly independent Georgia, Gamsachurdia, after he became a fugitive as a result of a putsch and a group of loyal troops on a trek to the mountains to regroup with his supporters. Not a classic biographical study, but instead an archetypal, visual poetic story about the gain and loss of power.

The life story of people's painter Nikolos Pirosmanaschwili (1862–1918), whose naïve art first received acclaim after his death. The loner tries his hand at different professions. He becomes a wandering painter for hire, exchanges his pictures for food or a place to sleep, and allows himself to be exploited and humiliated. The director develops both the structure and the aesthetic of the film from the pictures and aesthetic of Pirosmani: tableaus, long shots and stylized genre images.

In his most recent film, Otar Iosseliani tells a story that revolves around the French Revolution and the closing of refugee camps in contemporary Europe, down-and-outs and weapons dealers in Paris, war and friendship, and how all these things fits together, narrated in his inimitable style, at once nimble and melancholy. A powerful late work of impressive freshness and considerable aesthetic freedom.

A little man lives in an old suitcase. One day he finds a new friend - an old blind man. The little man jumps into the blind man's pocket. With music, the pocket man helps the blind man walk and see things in the street. Both are very happy together.

THE YOUTH AND THE LEOPARD

The brave kills an aurochs... Blood is spilt... the sin has been committed. The brave runs into a leopard, as God's punishment... They both die... The man's mother mourns her child... She goes to the Leopard's mother to share her deep condolences...

Levan lives a day-to-day existence: he takes the neighbour’s daughter Nutsa to school, runs errands and meets up with friends. Meeting up with his friend Gio, he ends up in a shooting incident. During the filming, the leading actor Levan Abashidze volunteered to fight in the Georgian-Abkhazian war, and died in the hostilities. In order to finish the film, several scenes with subjective camera settings without the leading actor were added.

WINTER WHICH WAS NOT THERE

A man uses a crane to lift a statue out of a large lake. The statue, in the style of socialist realism, bears a certain similarity to him. With the statue chained to his Jeep and his dog in the passenger seat, he drives through rural regions to a bigger town. Vajiko Chachkhiani considers his film as a metaphor for the “liberation of the individual from his own past”.

When a cat slinks through the window of her apartment, an old woman gets to thinking about her life. Fragments of her childhood and youth pop back into her memory – the man she loved, and repeatedly a kite flying through the air, accompanying her through to the end. A beautifully designed animation film about life and death as well as the Russian-Georgian past.

An animated film about a girl trying to process in her own manner the horrors of the war and the death of her parents. It is the story of a lost childhood, memories and growing up. The film made using the so-called cut-out technique premièred at the 63rd International Short Film Festival Oberhausen.

Ten-years-old Andro lives in a village located on the black seaside. He sells hot boiled corn on the beach from time to time. One day the french family arrives in his village for couple of days. After visiting them for diner, Andro returns to home with great impressions.

SHORT FILM PROGRAMM OF THE BIAFF

The BIAFF will present a short film programme at the FILMKUNSTFEST MV. The programme in Schwerin
follows a cooperation agreement which Volker Kufahl signed together with his festival colleagues from the Batumi International Arthouse Film Festival (BIAFF), Giorgi Gogiberidze and Zviad Eliziani on September 22nd 2017 in Batumi, with the aim of a long-term exchange of film culture and contacts between our two festivals. 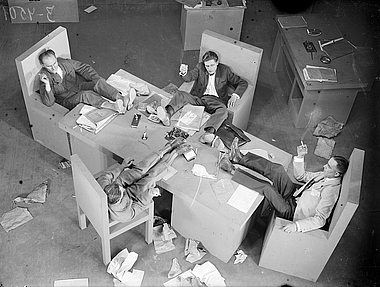 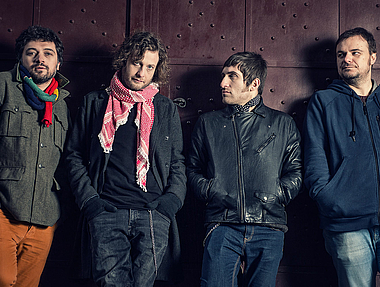 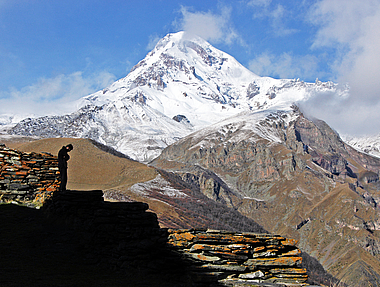 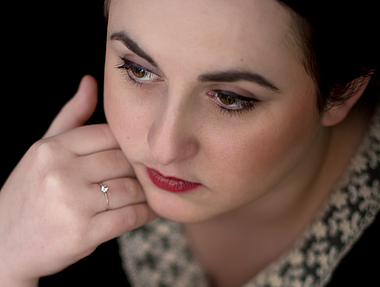